Native to Kerala, India, Rajesh obtained his Masters’s degree in Marine Biology from School of Marine Sciences, Cochin University of Science and Technology (CUSAT). Subsequently, in 1999, he joined Centre for Cellular and Molecular Biology, Hyderabad, India to obtain his Ph.D. He received two Post Doctoral Fellowships: one from Centre for Cellular and Molecular Biology, Hyderabad, India and another from Molecular and Behavioral Neuroscience Institute, University of Michigan, the USA, which was funded by NIH. In 2012, he joined Indian Institute of Science Education and Research (Mohali) as an assistant professor in the Department of Biological Sciences.
(Rajesh Ramachandran in google scholar)

Born and brought up in Hamirpur, Himachal Pradesh, Poonam obtained her Master’s in Microbiology from Gurukul Kangri University, Haridwar, Uttarakhand. Afterward, she joined the Post Graduate Institute of Medical Education and Research (PGIMER), Chandigarh for her Ph.D. She joined IISER Mohali in September 2014 and is continuing research in the lab to study the roles of pluripotency factors in retina regeneration and optic nerve regeneration. Her observations on regulation of Muller glia cell reprogramimg by the pluripotency factor Oct4  and Tgf-β signaling pathway are published in Life Science Alliance in 2019 and iScience in 2020.

Belonging to Giridih, Jharkhand, Anwar obtained his Master’s in Medical Biotechnology from AIIMS New Delhi. He joined IISER Mohali in August 2012. Currently, he is trying to elucidate the roles of pluripotency factors in retina, fin and heart regeneration in zebrafish.

Belonging to Sangrur, Punjab, Bindia obtained her integrated BS/MS dual degree from IISER Mohali before joining the same institute for her Ph.D. in 2017. Currently, she is working on Genome architecture dynamics during development and regeneration.

Sharanya, belonging to Kerala, obtained her B.Sc. in Biochemistry from Sri Venkateswara College, Delhi University in 2016 before joining IISER Mohali as an Int. Ph.D. student. Currently, she is trying to decipher the roles of non-coding RNAs in zebrafish retina regeneration.

Ashish belongs to Haryana. He obtained B.Sc. in Zoology from Ramjas College, University of Delhi. He joined IISER Mohali in 2016 as an Int. Ph.D. student who currently is trying to decipher the roles of various epigenetic regulators in zebrafish retina regeneration.

Pooja Shukla, from Madhya Pradesh, obtained her M.Sc. in zoology from Dr. Harisingh Gour Vishwavidyalaya. She joined IISER Mohali in August 2018 and currently working on elucidating the multi-faceted roles of epigenetics in retina regeneration. 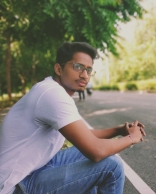 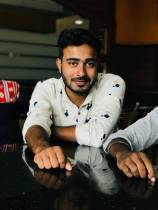 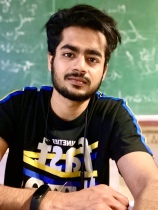 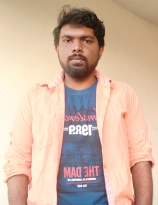 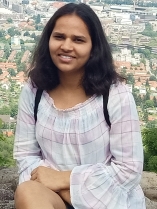 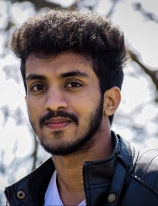 Effect of Type1 and Type2 diabetes in Zebrafish Retinal Regeneration.